MORE ON THE LONDON SOUND SURVEY

A series of one-minute recordings gathered along the 150 miles of the London Loop footpath during the latter half of 2019, organised into a sound graphic. In an alternative presentation, all the sounds are merged into a single long recording for a different way of listening.

STREET CRIES OF THE WORLD

A collection of out-of-copyright material on street cries and street life which I'm scanning and transcribing. Many are from 19th-century London but others bring to life the sounds of Peking, Damascus, Bombay and elsewhere. More will be added each month throughout 2018.

A new series of sound graphics featuring field recordings from anonymised London districts, with the only clues being the distances between recording points given as walking times and the sounds themselves. Do you know London well enough to guess where these places might be?

Hear the city's busy thoroughfares and quieter corners through the ears (and Jecklin disc stereo array) of musician and recordist Andre Louis. His thoughts on why he records are rendered in braille to form the basis for a new London sound graphic.

A hundred recordings of birdsong and city ambience captured by wide-awake wildlife recordist Richard Beard in a back garden in Hackney, north-east London. Part of a series made each morning around 6.30am between March 2012 and March 2013.

London's geography and demographics explored by using statistics to sort 2011 Census data into clusters. 12 archetypal council wards are then selected to record sound profiles which, touch wood, can be generalised across much of the city.

The sounds of London events and street life from the 1920s to the 1950s in old BBC radio broadcasts, digitised for the first time from their original 78 rpm transcription discs. Now with a new, layered sound map. Reproduced by kind permission of BBC Worldwide.

Recordings collected along London's canals, lesser rivers and streams and made into a pastiche of the London Underground map. Man-made noise, the calls of wildlife and the restless voice of water passing through culverts, weirs and channels.

High-quality urban wildlife recordings made by Stoke Newington- based recordist Richard Beard. This addition to the original London wildlife section features birdsong and the calls of some other animals from Abney Park, Walthamstow Marshes and elsewhere.

Stereo recordings of ambient sounds all across London, including a grid series of recordings made at regular points on the map. From woodland and suburban streets to steam museums and night-time West End crowds.

Recordings made along the Kent and Essex shores of the Thames estuary, as well as further inland, capturing the sounds of industry, wildlife, marshland, and towns from Dartford to Sheerness.

Stereo recordings of sounds designed and made to have an impact on other people, and also of events where there's a main focus of attention. Includes traders' cries in London markets, voices of officialdom, hustlers, buskers, pub singalongs, carnivals and parades.

London history explored through its past sounds in works by Pepys, Dickens, Charlotte Bronte, Orwell and others. Accounts include how loud the London Bridge cataracts were and the sales-patter of quack doctors. Also, search for time-obliterated places with historical London maps in high resolution.

This website's recordings are being kept permanently by the London Metropolitan Archives, a public research centre which specialises in the history of London.
FINAL ADDITIONS 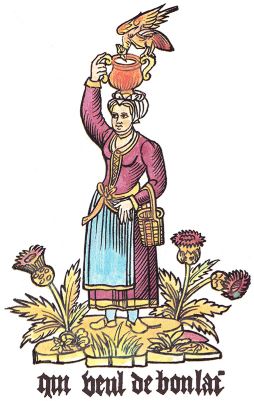 Be sure to visit A.J. Holmes's excellent Social Housing Sound Archive website.
ENCOURAGEMENT
Many presentations of field recordings often fall flat, failing to provide depth or context. Yet this project succeeds at offering beautifully curated sound.
– Sound Ethnography blog
The warmth of something well-made. There is so much to hear and consider.
– The Domestic Soundscape
William Blake vouched for 'a world in a grain of sand'. That’s a sentiment borne out with exquisite purity during these fine recordings of the capital’s inner workings.
– Record Collector magazine
A beautifully crafted labour of love.
– Londonist
Riveting. Now I can stop watching paint dry and grass growing.
– Comment on Daily Mail website